Rozsa, our model, with the laundry 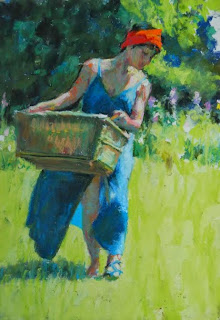 Well, I'm recovered. I think. I got back on the 7th of July and had to hit the ground running. I edit the newsletter for the Southeastern Pastel Society, which was to be edited and published as soon as I got home. It's also the time of our annual exhibition, for which I create the show catalog. So I didn't have time to recover from my trip, being up all hours--for days-- on my computer. Then it took me a couple of weeks to pay bills, catch up on emails, do laundry, catch up on lost sleep. I'm only just now feeling like I can function at normal speed again. I think I'll think again next time I'm asked to commit to being out of town for a month.

But...France was magical. The artists who took my classes made it that much more so. I will treasure the memory of every face I had the honor to work and play with. If any of you think it'd be fun to join me at future workshops there, please do. Kippy will somehow make you feel like you're her very best friend by the time you leave La Bonne Etoile.

I never did put up the work from the students from my first week's class--we had opted not to have a vernissage (private exhibition) at the end of the week, so I had difficulty figuring out whose paintings were whose when I finally got around to looking at their work. But I'm going to upload their work for my next post--it'll take me a little time to do it.

In the meantime, here's something I did from the workshop photo sessions. I'll be posting more of these images in the days to come.

My last day in France... 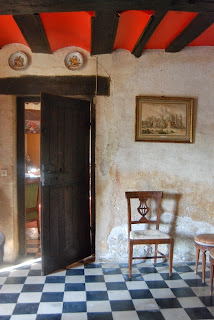 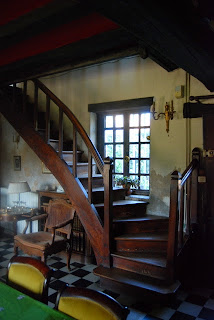 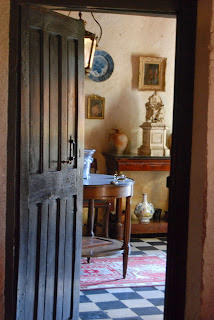 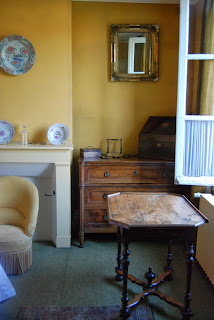 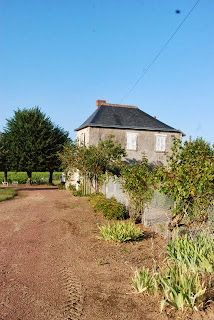 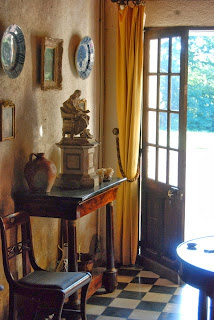 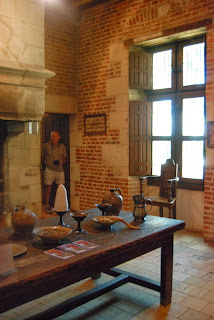 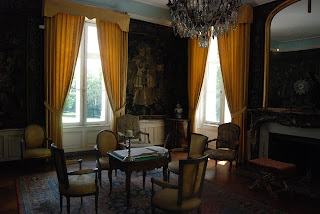 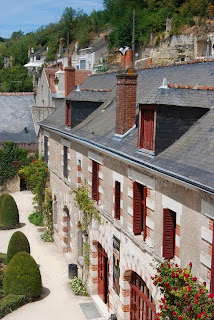 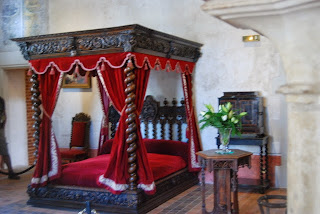 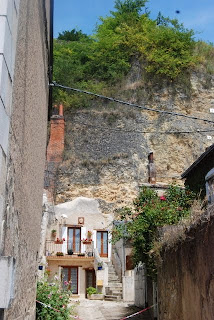 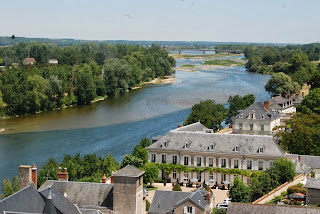 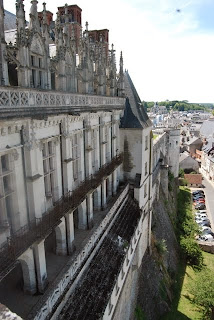 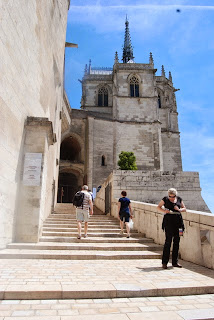 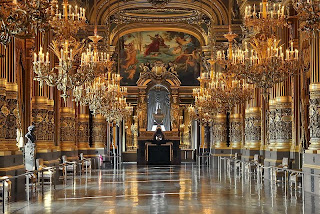 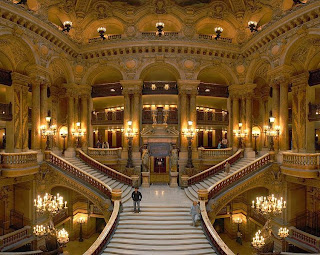 Today is my last day in France (yes, I'm still here--one week after the last of my students left). I woke to a glorious morning with the sun exploding into my room and a symphony of bird song. I'll spend the day packing my bags and running errands, like taking a trip to the boulangerie/patisserie in the adjacent village for a thank-you gift for Madam De LeHaye, who has ironed any article of clothing I left too long in the laundry room.

I've done a lousy job of blogging this time around. There was so much to write about, and so many pictures to upload, but that process was extremely time-consuming on my old PowerBook G4 laptop, and there was always a rush to be somewhere else.

What did I not write about? During this past week, Kippy and Jerome took me on a 4 hour drive to Jerome's grandmother's centuries old home (6 photos on top) in the Loire Valley for several nights, which is another reason why I've been so quiet--no internet.

A ten minute drive from his family home, we visited the Royal Chateau d'Amboise, initially built in the eleventh century, improved over time, and in the mid 1400's became a royal residence and summer residence of the Kings of France. Nearby is the 15th century Chateau du Clos Luce, where Leonardo da Vinci, invited to live in France by King Francois I, spent his last 3 years and was buried. I walked the halls he walked and the rooms he lived in: his bedroom (pictures 7, 8, 9 and 10 are Da Vinci's home--that's his red canopy bed), his studio and the room where he met with his friends. In the lower level of the house were 40 of his machines, some with 3D animation: the parachute, the bicycle, the automobile, the paddle-boat. the helicopter, the machine gun, the tank. We walked through the gardens he walked through. You can play with some of Da Vinci's machines throughout the garden--you can paddle-boat down the meandering stream, there is a a steam-spewing machine-gun, and you can walk over his turning bridges. How thrilling to see where he lived in his final years.

We saw troglodyte homes. In France, homeowners are charged tax according to the roof over their heads, so many people, even today, build their homes into the limestone cliffs. They carve out caves and make comfortable homes. And they don't pay property tax. They looked like well-appointed homes. I want one.

Last night, the icing on the cake. Kippy and I had tickets to the opera at the incredible Palais Garnier Opera House (Paris Opera pictures swiped from Wikipedia). Or, we thought it would be an opera. While sitting in our seats, flipping through the program as the orchestra warmed up, we realized it was actually a ballet. We sat enthralled and delighted for the next several hours as we watched the Paris Ballet de L'Opera perform Les Enfants du Paradis. During intermission, Kippy led me to an ornate ballroom with sculpted and guilded walls, with ceilings painted by Paul Baudry (a new name on my favorites list--and note to my daughters Anna and Meg, who I suspect may have inspired Mucha).

I just realized I have not seen TV in almost a month. I have not missed it (although I do check daily for news and Casey Anthony updates).

I'm ready to go home--back to reality, after this whirlwind fairy tale experience. But I'll be listening even more religiously to my French CDs throughout the next year, in anticipation for a repeat trip, Lord willing, to La Bonne Etoile. Maybe some of you will join me?
Posted by Margaret Dyer at Wednesday, July 06, 2011 1 comment: