I drove 6 hours from Atlanta today, south to St. George Island, a barrier island on the Gulf of Mexico, off Florida's panhandle. It's been a long time since I've driven alone like that. I used to make my living driving to art festivals in Miami, Chicago, Sausalito, Denver, Kansas City, to name a few. And I loved the driving; I'd catch up on classic literature on CD (Don Quixote lasted all the way to San Francisco and back!!! Oy veh) and learned conversational French on those drives. My mind would race with ideas. It was a creative time. During the summers I had my two young daughters with me. I wouldn't trade that time for anything.
But I've been teaching lately, rather than peddling. So my driving is rare. It felt good to be behind the wheel again. About 3 hours into my journey I was surprised to hear the pitter-patter of raindrops on my windshield because it was a gloriously sunny day with a brilliant cerulean sky. I turned on my wipers to clear the glass and was startled that the rain spots didn't wipe away. Ugh, I realized. I'm headed into the deep south in late summer. Those are bugs. 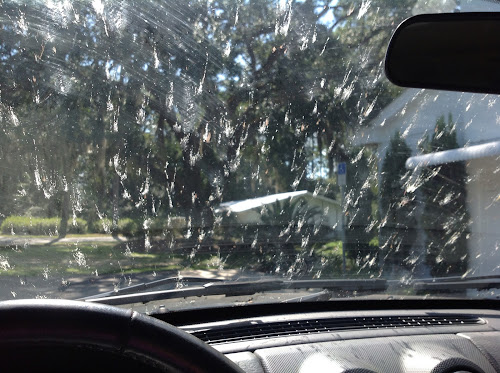 No need to wipe them off, it's futile. I'd just wait until I got to Florida.
Around that time I took a detour when I passed the signs pointing to the Kolomoki Mounds, which I had never heard of. I drove about 5 miles out of the way and only stayed long enough to snap a few pictures, hoping I could lure someone to go back with me one day to walk the trails and climb the mounds. Kolomoki, I have learned, is the oldest and largest Woodland Indian site in the southeastern United States. It was occupied by American Indians from 350 to 750 a.d. You'll find Georgia’s oldest great temple mound there, 57 feet high, dominating two smaller burial mounds and several ceremonial mounds. I will return. 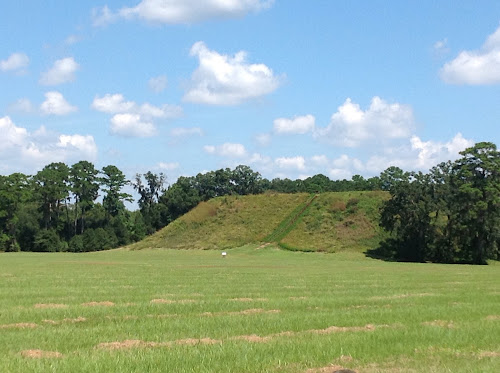 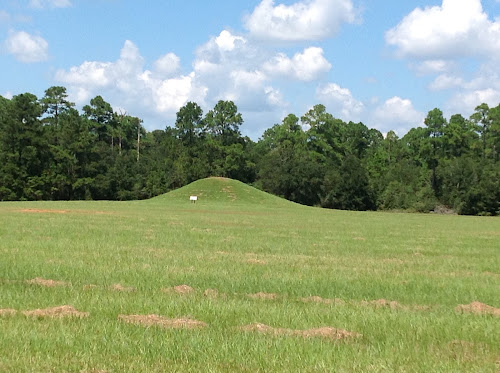 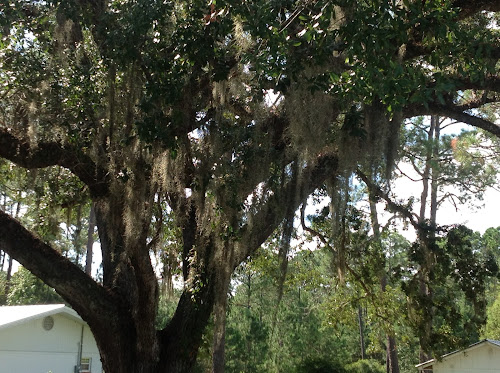