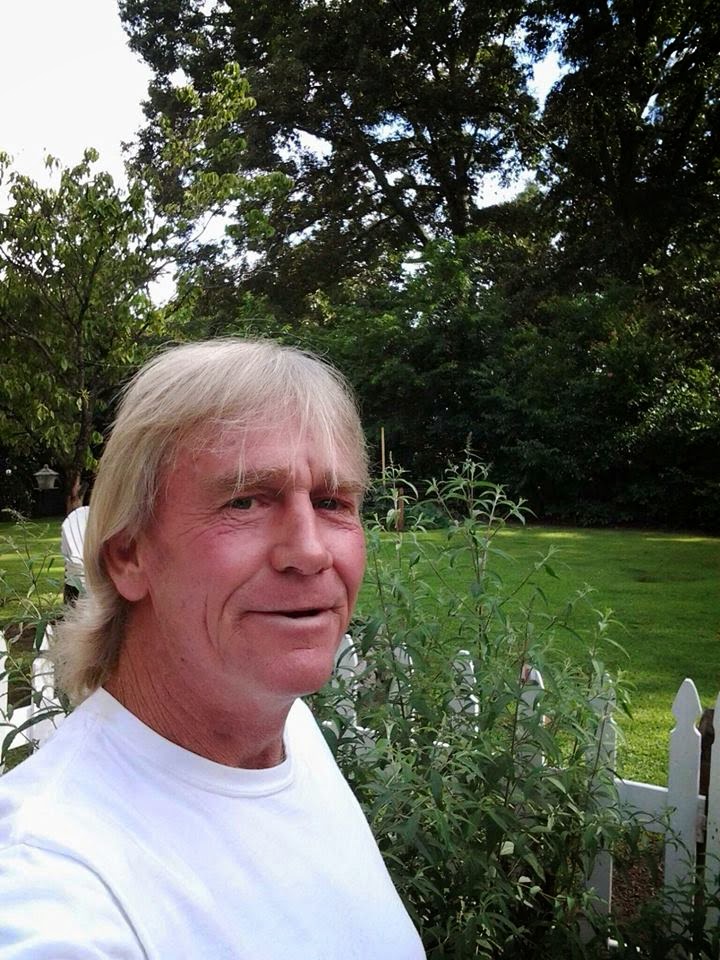 I arrived home from France early Tuesday evening, pulling my heavy luggage from the train station a few blocks away, to a beautifully manicured yard and 18 inch zucchinis in the backyard garden. George, my across-the-street neighbor had mowed and trimmed my yard to perfection, like he always does. And the zucchinis were real, from the garden he had planted weeks before I left for France (unlike the not-real ones--see http://margaretdyer.blogspot.com/2013/06/i-will-talk-of-my-time-at-international.html).
All he ever wants is a thank-you. I give him more when I can. But I'm told I won't be able to thank him until he returns from his 4th of July camping trip. He had recently rekindled a relationship with his high school sweetheart; they were in the north Georgia mountains. They were going to look at houses up there on Monday.

George died in his sleep Friday night. 54 years old. I won't be able to thank him for everything he has done for me in the short time I've known him.