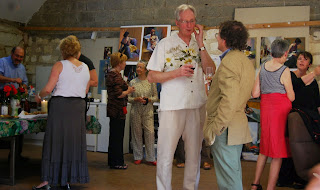 Our last day. We worked from 9 till 4, finishing our pastels. Afterwards, we hurriedly cleaned up the studio, vacuumed, moved all easels and chairs and slide projector equipment and heaters and tabourets to the perimeter of the room behind screens, collected all the work done during the week and displayed it on walls and easels, grouped by artist. A table cloth was put on what had previously been piled high with pastels and clutter, a vase of fresh flowers from the garden, wine glasses, champagne flutes, cookies, nuts, chips. We had 20 minutes left to shower and change clothes before guests arrived.

Asti and some of her work: 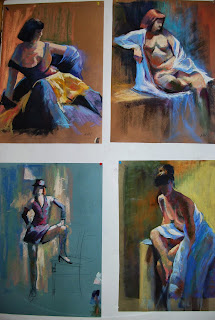 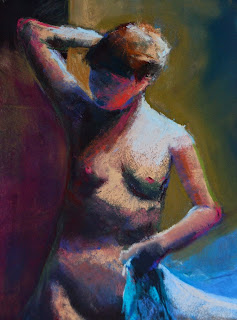 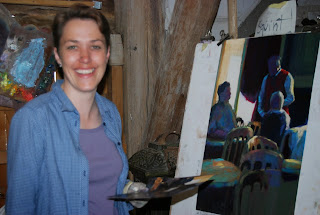 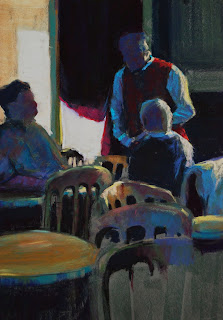 The room was filled by 6:30, with invitees - people I was getting to know by now. People from Caroline and Serge's dinner party earlier in the week, people who attended my demonstration at the beginning of my class a lifetime ago, most French speaking only. I somehow was able to converse with many, sometimes in only English, sometimes I used my pathetically meager knowledge of French, and sometimes even in Spanish. I find myself resorting to Spanish if I can't communicate, and several times it's helped the understanding. By 8, the number of guests had dwindled down to those who were to remain for dinner. 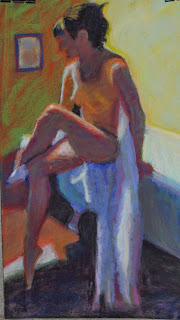 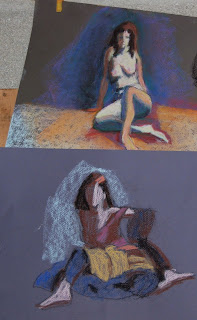 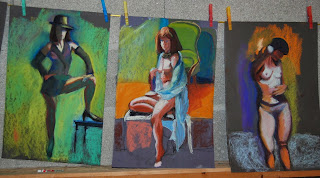 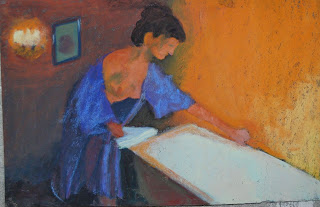 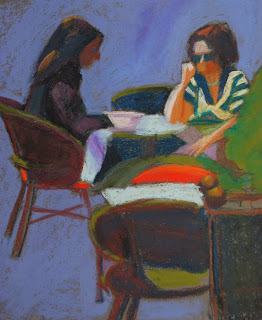 The patio table was set with flowers and candles and was ready for us as we left the studio. Kippy assigned seating. On my left was Stephan, who brought the cheese - a huge platter of about 8 different kinds, carefully chosen to be ripe for the evening. He selected 5 cheeses for me, and in his broken English, described the order in which they were to be eaten. He also bought 2 of my demonstrations, one as a birthday present for his wife across the table. On my other side was Gilbert Shelton, a cartoonist and underground comix artist. Some of his cartoons: The Fabulous Furry Freak Brothers, Fat Freddy's Cat, Wonder Wart-Hog, Not Quite Dead. He also did the album cover for The Grateful Dead's Shakedown Street! Totally cool, huh? 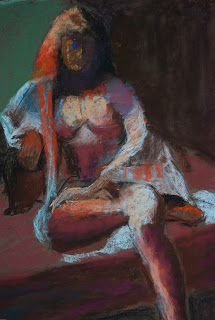 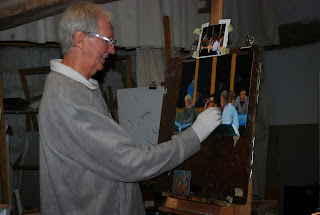 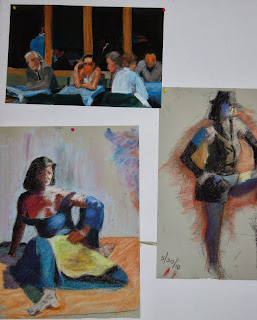 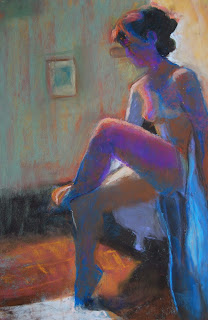 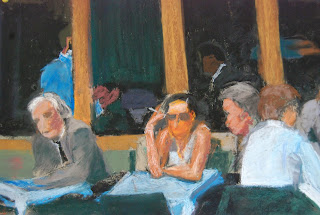 I'm not sure what time the evening ended because once we were all told if we needed to do anything, we were free to go, I slipped upstairs while the party continued, and fell asleep. 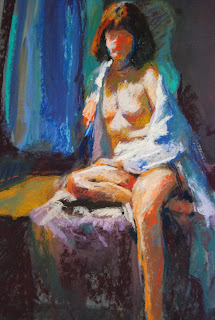 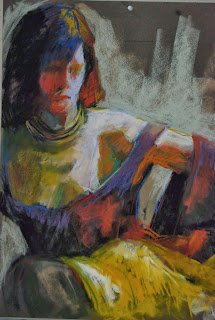