It's been a whirlwind the past few days. Our class is over; everybody has dispersed.

On Friday we worked in the studio from 9 a.m until 10:30 p.m. Back to the studio Saturday morning for our last day of the class. For the first time, we were dragging our feet a little. We were tired. Around 4:00 in the afternoon, we put away our pastels, moved everything to the perimeter of the room, hung our work, set a table with wine and munchies and met the people Kippy had invited to the Vernissage. The students' work was plentiful and impressive. Here are some pictures. 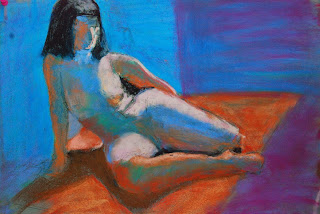 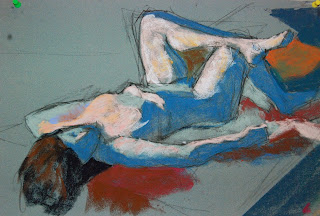 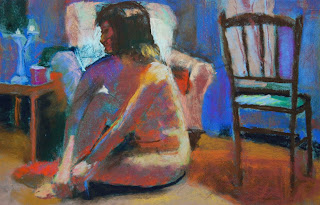 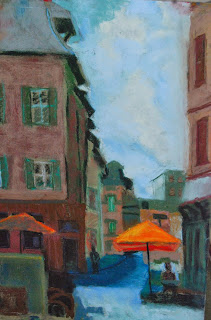 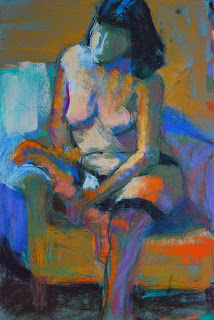 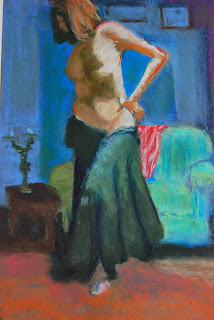 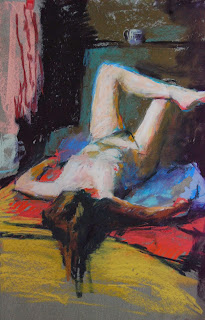 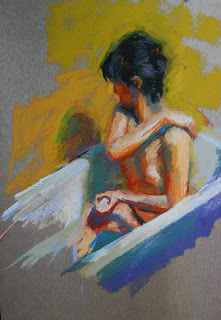 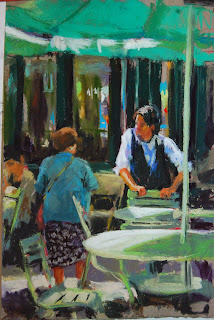 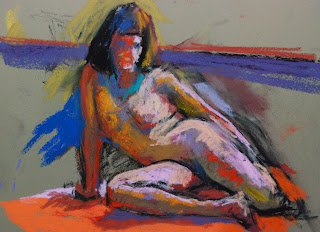 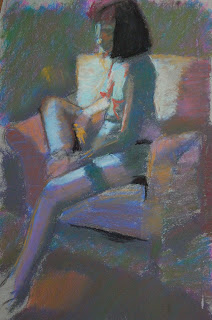 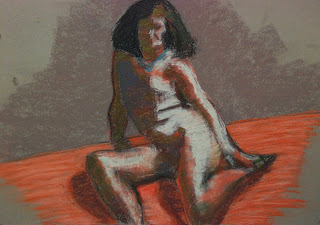 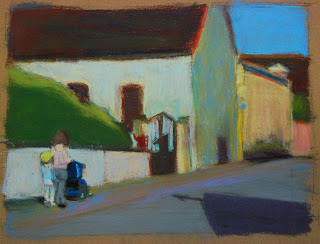 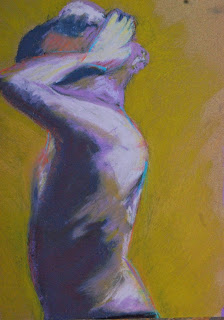 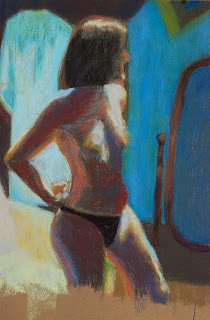 Guests were gone by around 8, and we piled into the car for dinner in Provins, a 12th Century walled city, about 15 minutes away. I was enthralled with Provins, though it was very difficult to comprehend the history surrounding me. The city was built in the 1100's to host the great annual trading fairs, which linked northern Europe with the Mediterranean world. Remarkably preserved, today Provins is still a thriving city, with people living and working in these 900 year old houses. Provins is celebrating its annual Medeival Festival this week. The narrow streets were crowded with people in costume, Vendor booths lined the cobblestone streets, interspersed with tents, so vendors camped by their booths all week long. Young, old, lots of teenagers, all in costume. There were performers, typical of the time, reenactments, crafts, roasted pig on spits. I want to come back and see more. It'll have to be next year. 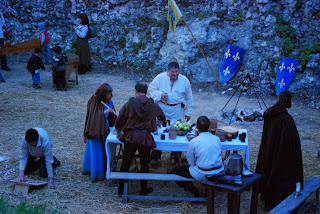 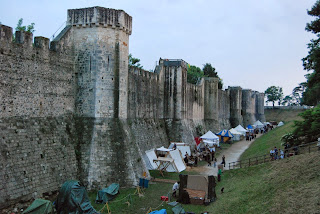 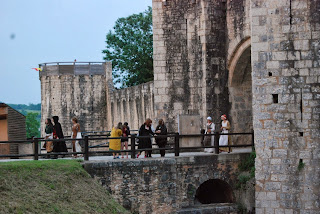 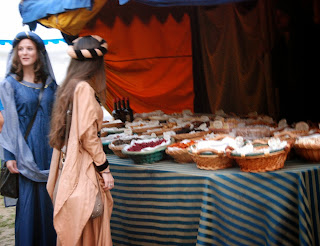 On Sunday I said good-bye to La Bonne Etoile and headed to Paris. Kippy and Kathryn stayed with me in an apartment on Sunday night. Kathryn flew home to Georgia Monday morning, My friend, Merry Leigh from Atlanta, flew in and joined me. We have 4 days.
Posted by Margaret Dyer at Saturday, June 12, 2010