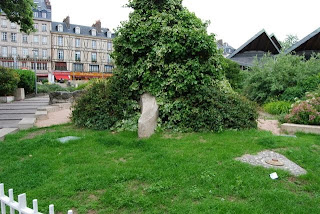 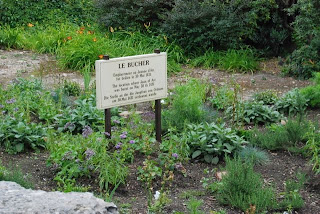 Another thing I forgot to mention! We visited the city of Rouen, the city where Joan of Arc was tried and burned at the stake. The 15th century old town still exists, while a new modern city has been built around it. But they've preserved the site of the execution and marked it with a cross.

After visiting France last year, I returned home ashamed that I knew so little of French history, so I spent the year reading about Napolean, Joan of Arc (read Mark Twain's version--he did his research) and more French characters. I was stunned by the account of Joan of Arc and was awed to see the actual location of her trial. Here's a picture of the execution site.
Posted by Margaret Dyer at Wednesday, June 22, 2011