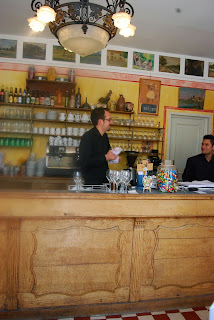 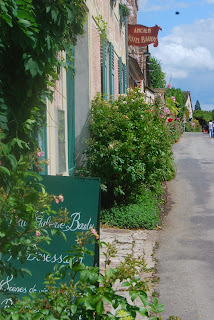 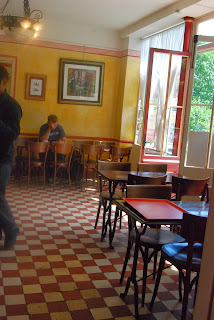 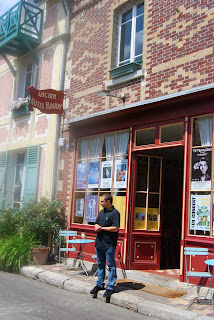 I was too busy today to take pictures but do have a few from the other day that I never mentioned.

After visiting Monet's garden and home the other day, we walked a few houses down the street and had lunch at the Restaurant Baudy. Only after eating did we realize the place had a history. Back in the late 1800's, during Monet's time, a straggly American artist arrived at Baudy's restaurant for a meal. Madam Baudy was initially afraid to serve him because he looked like a derelict. During conversation, the artist discovered that Monet lived a few doors away; he returned to Paris to tell all his artist friends. Soon Baudy's restaurant became a hangout for artists on weekends. Cézanne could be found wandering around the rose garden; several artists kept studios here. The garden and the studios are open for the public to meander through. And on the walls throughout the restaurant are small paintings by the artists of that time, many used as payment for Baudy's hospitality! Oh, to be a fly on the wall back then!
Posted by Margaret Dyer at Friday, June 24, 2011