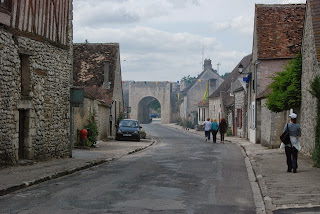 Well, I had every intention of writing everyday, but it is a whirlwind here. What day is it? Thursday? When did we start? Monday? Have 4 days already gone by? A brief rundown:
Sunday (or was it Monday?) we all worked in the studio with a lovely model, Roza, from Hungary. She was a dream to work with, and all of us loved her. She stayed here with us for 2 and a half days, modeling when we worked, or traveling with us on our half-day excursions.
Our excursions:
Monday (or was it Tuesday?)-We spent the first half of the day at the local brocant--an antiques yard sale, blocks and blocks of all sorts of luscious things to fill a little French cottage with, if one happened to have a little french cottage (and one might tend to fantasize about having one, if one were in France, browsing the brocant). Original art, furniture, china... but knowing that I only have 3 extra pounds available in my check-in baggage prevented me from purchasing that wardrobe...and that cottage...
Tuesday (or was it Monday?)-We traveled to the city of Sens-about a half hour from where we are. We spent another half day visiting the Cathedral, whose construction began in the early 12th century and was finished in the early 1600's.
Wednesday (or was it Tuesday?) Provins, a 12th century walled city, where people still live in the 800 year old stone houses. Fascinating! We stopped for crepes--mine was with melted caramel and butter, fresh from the local dairies. Oh dear. And that's a scoop of whipped cream (also from the local dairies), which wasn't mine, but I had to photograph it. And taste it. Oh dear. 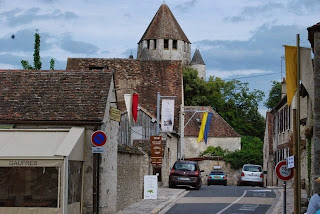 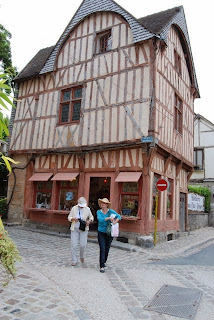 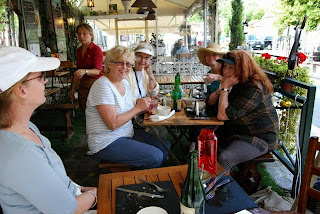 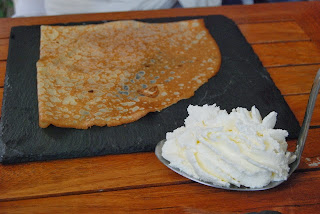 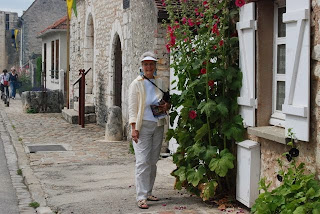 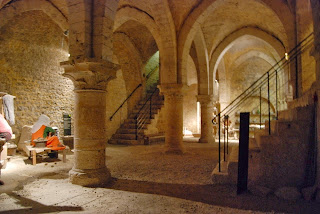 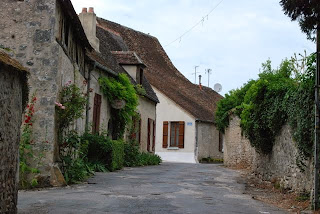 Today (definitely Thursday), we are all probably a few pounds happier than we'd like to be. We spent our day in Paris at the Musee D'Orsey. Pictures to come tomorrow. Just don't have time to upload them. Everybody is asleep in the house, and Frances' daughter is beginning to worry because she expected to hear how her mom was doing over here with us through my blog, which I just can't seem to get around to. That's Frances with the hollyhocks, so Beth, she's doing just fine. She's saying if she know how much fun she would be having here, she would have planned to stay longer.
Posted by Margaret Dyer at Thursday, June 16, 2011