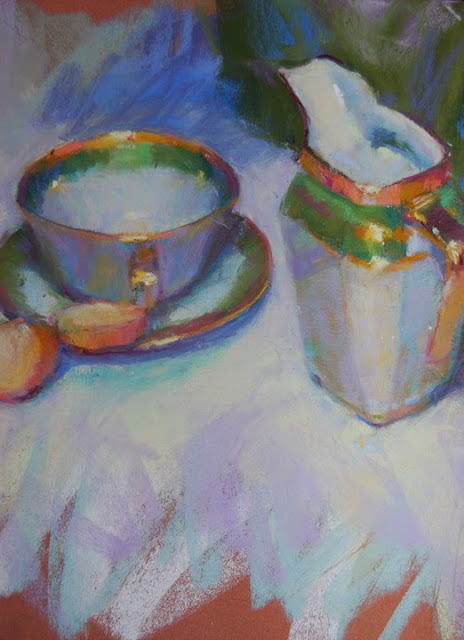 Saturday night my daughter Meg came by. I was to photograph her for a passport and she hung around for the evening--a rarity. She told us (my friend Daniel was there) that she pulled into her garage the other night and saw by the headlights, scattered on the walls were palmetto bugs. Water bugs some call them. Roaches--huge black ones, 2-3 inches in size usually. And they fly. Right at you. If you haven't spent time in the south, you may not be familiar with these demons from hell, I call them. My daughters have inherited my horror of them. She counted 11 of them (I am shuddering in disgust as I imagine it).

Her boyfriend was at the kitchen door, welcoming her home. But she refused, almost in tears, to get out of the car, knowing they would fly at her. They always do, she says. Despite his reassurances, she would not budge. He gesticulated--hold on, I'll be right back. He reappeared momentarily with a rifle. What? she thought, he's going to shoot them? It was an air rifle. He pumped the thing and proceeded to blast every *&*^%$&%$#^@#^^ demon to pieces, and Meg was able to leave the car.

"Marry that man, Meg," I commanded her.

"Tea Time 3" is my last in the Tea Time series.  It's a 10x12 pastel, available for auction. Just click on the title of this blog and it'll take you to ebay.